I fell in love with the old show while on holiday as a child at Weymouth in the 1970's, and aged 4 I knew I wanted to be a seaside Punch and Judy Man. It fascinated me so much that when we arrived home I set about building a show to give performances to all the neighbours.

I left school at 17 (in 1989) to follow a career presenting the Punch & Judy show as a full time profession. Since then it’s taken me far and wide. Festivals, beaches (Weston, Goodrington, Paignton, Newquay, Broadstairs) shopping centres, even a brush with royalty!

Strangely enough though I’ve ended up back at the place where I first saw the show – Weymouth. I took over the running of the show in 2005 and am continuing to build up the beach pitch.

This was a great privilege to me. To follow in the footsteps of some of the greats is a real honour and where I was so captivated, intrigued and excited as a child.

Over the winter months I'm back in my workshop, at home in Paignton, Devon. As well as presenting the show at public and private events, I also repair and carve new

puppets, make new booths, design and sign-write signs/show frontages, paint backdrops, so it really is a full time occupation – but a great one!

The reason I perform the show is it gives me a real buzz, a real boost. I suppose I want the audience watching my show to get the same buzz as I got when I sat on the sand watching the show.

For me, there is nothing like finishing an evening show, coming out of the booth and see a huge happy audience! 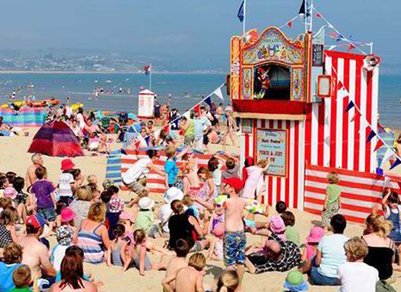 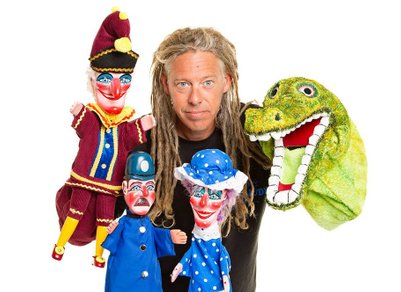