I first came to Punch via puppetry although the seed was planted much earlier in childhood.

My first show was built while a student at the Royal Central School and then I followed a career in puppetry making a number of films and television shows for the late Jim Henson. This was combined with work as a puppet maker for a company called Ultimate Animates who provided puppets and performers for the film and television industry.

I started performing Punch in 1982 but with computer animation, combined with the emigration of the directors of Ultimate Animates to America, Punch became more important and the more shows I did, the more I valued the rich history and tradition it brought.

I would say that my show is very traditional. The puppets, which I make, are carved in wood and are based on designs by puppet makers I admire. I work mainly in the London area, although I do travel further and have attended puppet festivals in Aberystwith, Skipton, Witham, Ghent, Vienna and Palermo.

In addition to this, I have possibly the largest archive of material relating to Punch and Judy which is available to serious researchers. In recent years I have been called upon to opine on the history of the Punch and Judy tradition but my main desire is to do the show. Experiencing a good performance, for children especially, is worth more than any amount of explanation and I hope to keep this tradition going as long as possible. 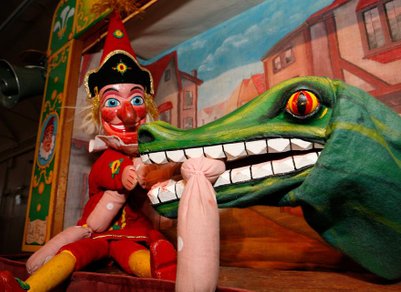 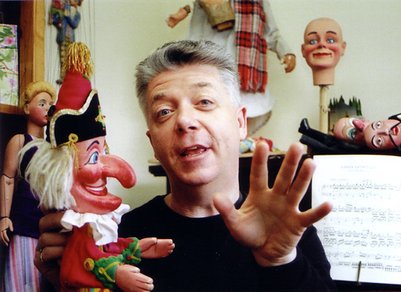