Hello, I am Damien Weis from France. During my youth I came to England several times - London, Birmingham, Stratford upon Avon.

At the age of 24 I was awarded the title M.O.F. (meilleur ouvrier de France) which means 'The best craftsman in France' which is only awarded once every three years. I was decorated with this at the Elysee Palace in 2007.

My speciality is the traditional puppet character Guignol which was created in 1808 in Lyon. I have performed this since 2011 having begun in the theatre as a wood carver. I was invited to Osaka in Japan to perform my show in March 2014.

Today I work principally for a company called 'Il etait une joie' performing shows throughout France.I make all the puppets myself with heads and hands carved from lime-wood.

In 2014 I attended my first May Fayre and fell in love with Mr. Punch. With the help of The Punch and Judy Club, I have built a new theatre and I am learning all the skills and traditions associated with Punch and Judy.

I am delighted to have the encouragement and friendship of those who guard Punch's heritage - 'Vivre le Punch and Judy Club!' 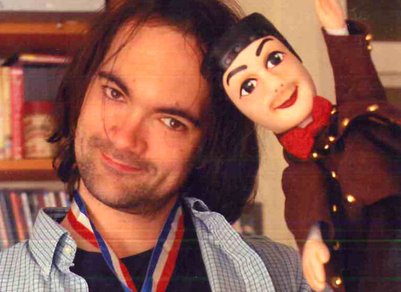 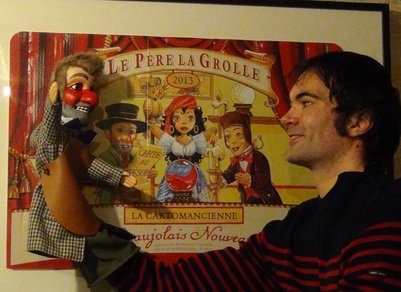