I’ve been performing with Mr Punch for longer than most of my fellow Punch and Judy Club members have been alive. And I made most of their puppets for them too!

I was an East End boy and as a child I’d never seen the sea, until a family holiday took me to Lowestoft, Suffolk. On the sands there I heard the strange squawk of Mr Punch, performed by Professor Greeny, and fell for him straight away.

By the time I was ten I made my first set of puppets, and by twelve I was giving shows, “the boy wonder” they called me, I even appeared on Whirligig, an early kids’ television show as a teenager with my Punch show alongside Mr Turnip!

In 1975, after art school and a career in the RAF I decided to turn pro, and took on jobs as “Professor Jingles” entertaining families across South East coast, often working with my wife Dorothy. In the summer months we worked on Lowestoft beach, and in the winter we made puppets.

Puppet making started with a few orders here and there, until Edwin Hooper of Supreme Magic found me. He started ordering them by the hundred, and soon my puppets were being sent all over the world.

We also introduced a greater variety of characters for children’s entertainers, as well as story book shows. I gave up the beach work a few years ago, and now only perform my request, but I still take commissions for puppets and shows. They are still hand made with traditional techniques, most being carved in wood. They are individual works of art, though I must have made hundreds if not thousands of each character in my little seaside workshop. They have been used in shows across the globe, and are on display in museums and art galleries too.

I love to perform but it gives me great pride to see my puppets up on stage telling jokes and running about. That’s what I love the most, the sound of the laughter. 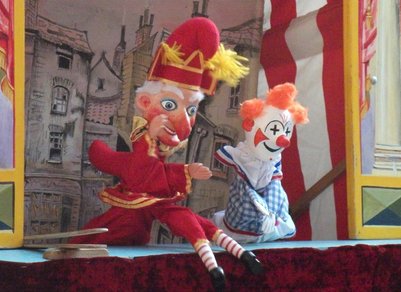 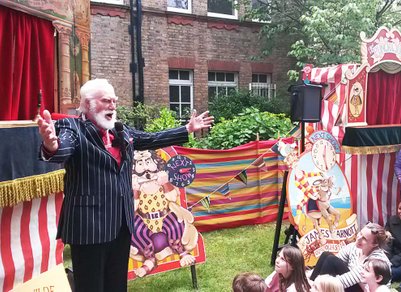